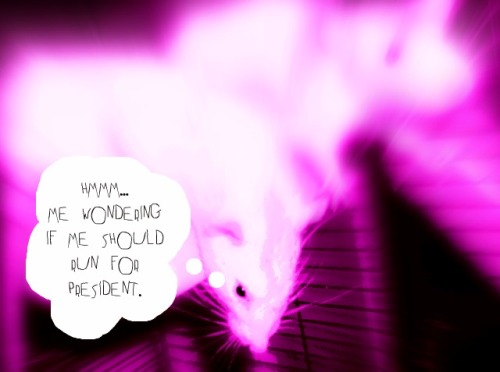 A beautiful rat who goes by the lovely and quite soothing name “Negev” contemplates a question that has kept him up all night ever since he began to wonder about it. Behind him, his less appealing brother who stupidly pats the cage bars. Ew.

In the picture above, I know you want to look at the rat who is deep in thought instead of the one stupidly patting the bars of a metal cage, which is a very stupid, stupid thing to do. What a show of true stupidity! How stupid. (Why would anyone ever want to pat the bars of a cage, when you could be doing so much more entertaining things, such as serving me, King Negev, a snack?) I really find it quite ridiculous that even a rat as stupid as the one behind me in that otherwise beautiful picture could be so stupid as to stupidly pat the cage bars.

But anyhow, I , Negev Awesome Cheeziki, am thinking of running for President of All Ratdom!!! (In case you are wondering, the position of President of All Ratdom was thought up by one of my closest friends… you may know him. His name is Negev.) I know you all loved that stupid old democracy thing, whatever it was, that came before the Age of Negev (and my monarchy), so I have decided I might go back to a democracy. To get supporters, you know. I don’t really like going to a democracy, when I can be King of the World. I think you will all want to become my servants now that I am running for president. I am so very, very, noble, don’t you think? Who wants to join my fanclub?

As King of the World, I have issued a law that says that nobody that is not named “Negev Awesome Cheeziki” may run for President of All Ratdom, and that no one may change their name to “Negev Awesome Cheeziki”, as it is my name, and I would not like it to lose its uniqueness! And I want rats to not confuse lowly peasants with the greatest rat to ever live just because they happen to have my name. (Newborn babies are also not allowed to recieve the name “Negev Awesome Cheeziki.” Just an FYI for parents who want their children to become president.) Also, all rodents must vote for one of the candidates running for President of All Ratdom. Even babies will have to vote! So when Election Day rolls around, don’t forget to vote for your favorite candidate, Negev! (I have a feeling there won’t be many opponents to vote for, anyways. I don’t know why, but I just have a feeling in my big rodent gut.)

Isn’t that a cunning election poster? I just know you will want to vote for me now that you have seen my amazing campaign poster!! And it is very true, you know- I do know what is good for you! For example, I know that being fat is good for you (because everyone wants to look like Negev)! Some people have said that it causes Type II Diabetes to occur, but “diabetes” is a pretty cool sounding word, so I don’t get whats so bad about them. And so is being tan and white (dye your fur so that you look like Negev)! But being white and tan is positively awful, and it is pretty hard to tell “tan and white” apart from “white and tan” (they are not the same thing, by the way!), so you might want to consult me, Negev (for a small fee of, oh, maybe $99), to see if you are the great tan and white, or the disgusting white and tan. Believe me, you do not want to be white and tan, because then you would look just like that awful rodent, Mojave!!! And I know that would break your heart because Mojave is the most obnoxious rodent I have ever talked to (and I have talked to a lot of rats, by the way).

Anyhow, I need to know if you would vote for me, King Negev, for President of All Ratdom. So please answer the poll below because I need to know how many supporters I have, okay? I would feel absolutely awful if you didn’t say that you would vote for me!! And I know you don’t want me to feel bad, as I am extremely beloved by many, and it would break their precious hearts if I didn’t become President of All Ratdom!

Sometimes, I like to dream about talking to Sinai the Great, and I think that I'll never be able to do that. But then I remember that I can just comment on one of her many fantastic blog posts, and I immediately cheer up. Cancel reply

Search Sinai’s Amazingly Entertaining Blog That You Love So Very, Very Much For The Answers to [Most of] Your Questions

Sinai… the rat everybody loves! It’s just another fun day at Sinai’s cage when Ianis comes over to visit! With Sinai

I love looking at Sinai’s snout. 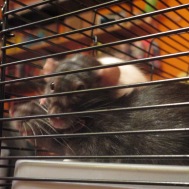 Ouch! Sinai is sat on by her evil sister!

This picture… it makes me so happy. Because it has Sinai in it, duh! 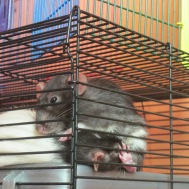 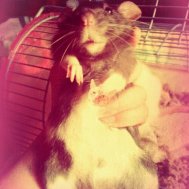 This is such an amazing paw, but the actual rat is even more amazing, do you agree? 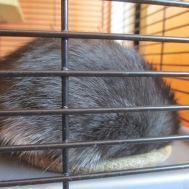 As Organized by Sinai

If You’re Too Lazy to Scroll Up…